Our 11 hour and 5 minute flight with Fly Scoot from Athens to Singapore landed in Changi Airport at 3:30am on Friday the 9th of August. We had only ordered 1 meal to share on the flight (Christine has insisted on fasting during the flight but quickly changed her mind when my food arrived so I shared it with her, the good girlfriend that I am) and stupidly brought no snacks with us, as consumption of outside food on board was not permitted. Since when did the two of us follow rules?? That was the first of many mistakes we would make on our travels. Despite sitting next to the nicest Greek man on the plane who shared his accidentally vegan snacks with us, we were pretty hungry when we landed so we swiftly made our way to the 24/7 airport food court, excited for our first meal in Asia. After trying to decipher the dish ingredients and convey to the staff that we’re vegan, the only option we were left with was Subway. Yup, that was out first meal in Asia. And it wasn’t even a sub, it was a very modest, low-calorie salad with two chickpea nuggets and sweet-chilli sauce that was more chilli than sweet (I was soon to discover everything here was 10 times spicier than in Europe and for those who know me and my spice tolerance-that wasn’t something I was excited about). Turns out, the Subway bread in Asia has a small amount of egg (probably in the glaze) so we couldn’t eat that. The only good thing about this extremely overpriced (SGD 7.60 = EUR 4.92) handful of salad was that we had it in our own box with our own cutlery so it was a zero-waste meal.

The airport also had a Seven Eleven so we stocked up on some digestives, peanut butter pretzels and soy milk and made our way to the train station to catch the first train into town. After unsuccessfully trying to buy tickets for 20 minutes, we realised you can use contactless on all public transport in Singapore so we tapped our cards and headed to Jalan Besar and our hostel home for the next 2 nights. We were pleasantly surprised when we later discovered that we only got charged 0.10 Singaporean cents (0.7 euro cents) for the trip into the city, as apparently trains are cheaper during the night and before rush hour. The tickets we were trying to purchase were SGD 2.50 each so we definitely scored!

We got to our hostel located in Little India a little too early and found the front door locked. Luckily, we managed to make friends with a group of locals drinking beer at 7:30am and spent a couple of hours at their pub, waiting for our hostel to open and having ginger ale (on them). They did stick plastic straws in our drinks before we could say something but we didn’t feel inclined to protest as they were going out of their way to make us feel welcome at the otherwise closed pub.

Our hostel was called Campbell Inn and was.. not somewhere you’d want to spend too much time. It was, however, the cheapest place available when we were booking our stay 8 days before arriving (probably where we went wrong). For “only” EUR 44, the two of us spent 2 nights in a room full of snoring men, dirty toilets and le piece de resistance – a knife wedged between two pipes in the ceiling above our bunk bed. At least the kitchen had a water filter, which saved us from having to buy bottled water or use our travel bottle filter. We were sorted for water and shelter and so it was time to secure food.

As we hoped, our culinary experience in Singapore was more than satisfactory. We went out for each meal as our hostel kitchen didn’t have great amenities and we had a wonderful experience every time. Our first meal was from a vegetarian stall at a local food market called, you guessed it, Vegetarian Food. We got brown rice, green beans, tofu, noodles, vegan chicken, what we think was supposed to be vegan fish, steamed greens and a big spring roll for a total of SGD 7.20 (cash only!) Once again we used our boxes and cutlery so this was another zero-waste meal – 2 out of 2 so far! We found the place on Happy Cow but struggled finding the exact location as Google Maps took us to the Bugis Junction Mall across the street, which only had an array of overpriced non-vegan restaurants (we’re talking SGD 10/13 a dish). It was rather by chance that we found the stall as we had pretty much given up and were on our way back to the hostel when we spotted the market and decided to check it out. And thank hummus we did – it was a 10/10 meal!

Our next meal was at Nature Cafe – another fully vegetarian, mostly vegan restaurant. They have 3 branches, two more central and one rather into the suburbs. Of course, that’s the one we went to (mostly by accident but it provided an opportunity to see kinda suburban Singapore). They accept card payments but have no WiFi. Perhaps only a big deal for us privileged westerners *shrug*. That place was more expensive than the street food market but the potions were quite big and the menu was very comprehensive (little egg and milk cartoon images marked the few non-vegan dishes). We got a green soup, “beef” noodles (apologies for the vague descriptions, I can’t remember the names of the dishes for the life of me), fruit and vegetable Rojak and a plum tea and paid a total of SGD 24.20 (EUR 15.69). Everything was delicious and absolutely worth the journey and the money! We even had some leftovers to take home as the portions were quite big and Christine isn’t as good an eater as I am. Afterwards we walked to a fruit and vegetable market where we got gifted some rambutans and bought our first dragon Asian fruit for 1 SGD.

Our last supper was at a local pure vegetarian (meaning no eggs) Indian restaurant 3 doors down from our hostel. I got a Masala Dosai and Christine – a vegetable fried rice with mixed vegetable curry. I believe we paid a total of SGD 6.50 – not bad at all! The only downside was that they served all the food on plastic lined paper with styrofoam cups for the curry and sauces. Christine also got plastic cutlery, while I got reusable metal ones so perhaps they had just ran out of clean cutlery. I refused the styrofoam cups and used the lid of my tiffin tin to pour some of the sauce in instead. They seemed rather confused when I gave back the cups and even more confused when I mixed all 3 sauces on the small metal lid. Luckily, I am used to being stared at for my seemingly weird environmental efforts. After dinner we planned on going out for a drink but that intention quickly changed at the discovery of alcohol prices in Singaporean bars – SGD 13 for a BEER! No, sir! We’re quite alright.

Aside from Little India, which is quite a touristy place itself, we only went to one other tourist attraction – Gardens by the Bay. It was very possibly the most beautiful place I have ever seen! This feeling was probably enhanced by the fact that we spent a month in dry, yellow, succulent-ridden Malta so the sight of so much greenery made my heart dance with joy. There were so many different kinds of trees, bushes and flowers, many that I had never seen before, and it seemed like it was never-ending. That’s the beauty of Singapore. Even upon exiting a botanical garden or a park, you are still surrounded by a more-than-average amount of greenery, never feeling exposed to the harsh sun or cold concrete.

This is pretty much where our adventure in Singapore ended. We spent 2 days and a rough total of EUR 84 for food, snacks, transport and 2 movie tickets (we watched The Art of Racing in the Rain and quite literally bawled our eyes out in the cinema – I had to walk out of the mall wearing my sunglasses). We could use our contactless cards on all busses and trains so it wasn’t necessary to pre-buy tickets.

Overall, the city was truly very beautiful and green but quite expensive compared to the rest of Asia (and even many European cities) so 2 days there were more than enough. 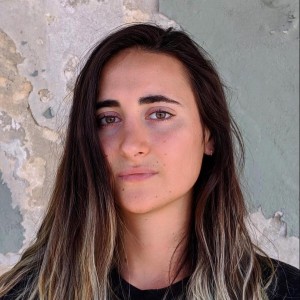